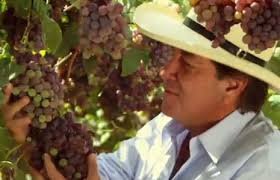 Nestled in the Ica Valley of Peru, amidst the foothills of the Andes, lies the oldest distillery in the Americas, Hacienda La Caravedo, established 1684.

From here, Pisco Alegre is crafted by hand in small batches using traditional artisanal distilling techniques, resulting in the finest expression of pisco, Peru’s national spirit. Distilled entirely from grapes and completely unaltered without even the addition of water, Pisco Alegre is a mixable and versatile white spirit dedicated to honoring the spirit of tradition, craft, and adventure.

Are you ready to discover a whole new world?

Aerial view of The old on the left and new on the right distilleries in the center the offices and tasting room the Hotel on the left top side of the picture.